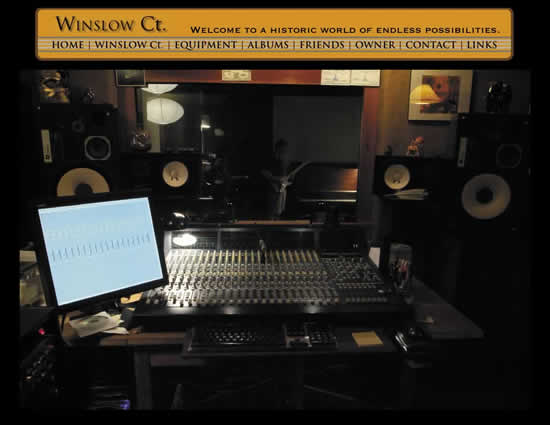 Winslow Court is a Recording Studio in Hollywood that has produced many award winning albums. The client wanted to create an ambient soundscape that continued to loop while different sections of the site were visited. Animated slideshows of album artwork and musicians in the studio were included. The majority of the site was built in Flash, and periodically albums and photos were added to the galleries. Later the site was significantly scaled down, effectively offering only an online business card.