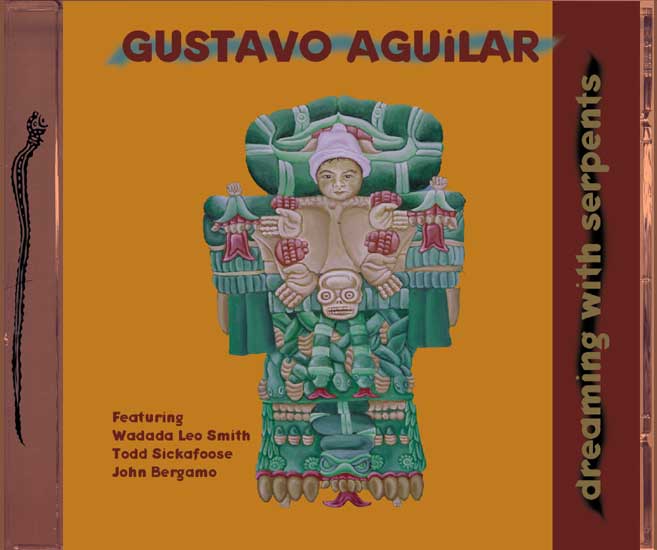 In 1999 Chad Hamill referred percussionist extraordinaire Gustavo Aguilar to me to design the graphics for the solo CD he was recording. I agreed and also offered to engineer the project in CalArt’s Music School’s 24 track DA-88 digital recording studio. I also performed Pro-Tools editing of some of the tracks, however the virtuosity-laden pieces were mostly recorded without edits, as per Gustavo’s wish.

The project was recorded over a period of several months. Gustavo teamed up with three composers who were also talented improvisors, and there are pairs of musical works by each; one improvised, one composed.

At Gustavo’s request, I designed the CD incorporating artwork by painter Michael Torres, whose wonderful paintings have a slightly Aztec influence. Michael had previously created posters for Gustavo’s performances. The CD tray is transparent and the same graphical imagery is repeated on the back of the traycard and the CD itself; however the CD has song titles as well, while the card has lyrics.

The CD has received rave reviews.