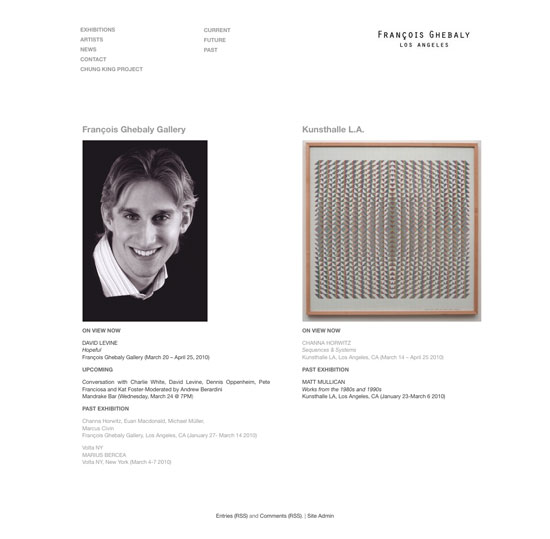 When initially designed, this site presented the holdings of the Chinatown-based Ghebaly Gallery as well as a cooperative space in the same arts district that exhibited group shows co-curated by several different galleries. Later the gallery moved to Culver City and removed the cooperative gallery section of the site. The client wished to duplicate the layout and functionality of Berlin Gallery “Gallery Luis Campana” website, which also featured exhibitions at two locations. Their site was a custom built PHP site, so the design challenges centered around adapting that site into a WordPress theme (and translating the code of the original site.)