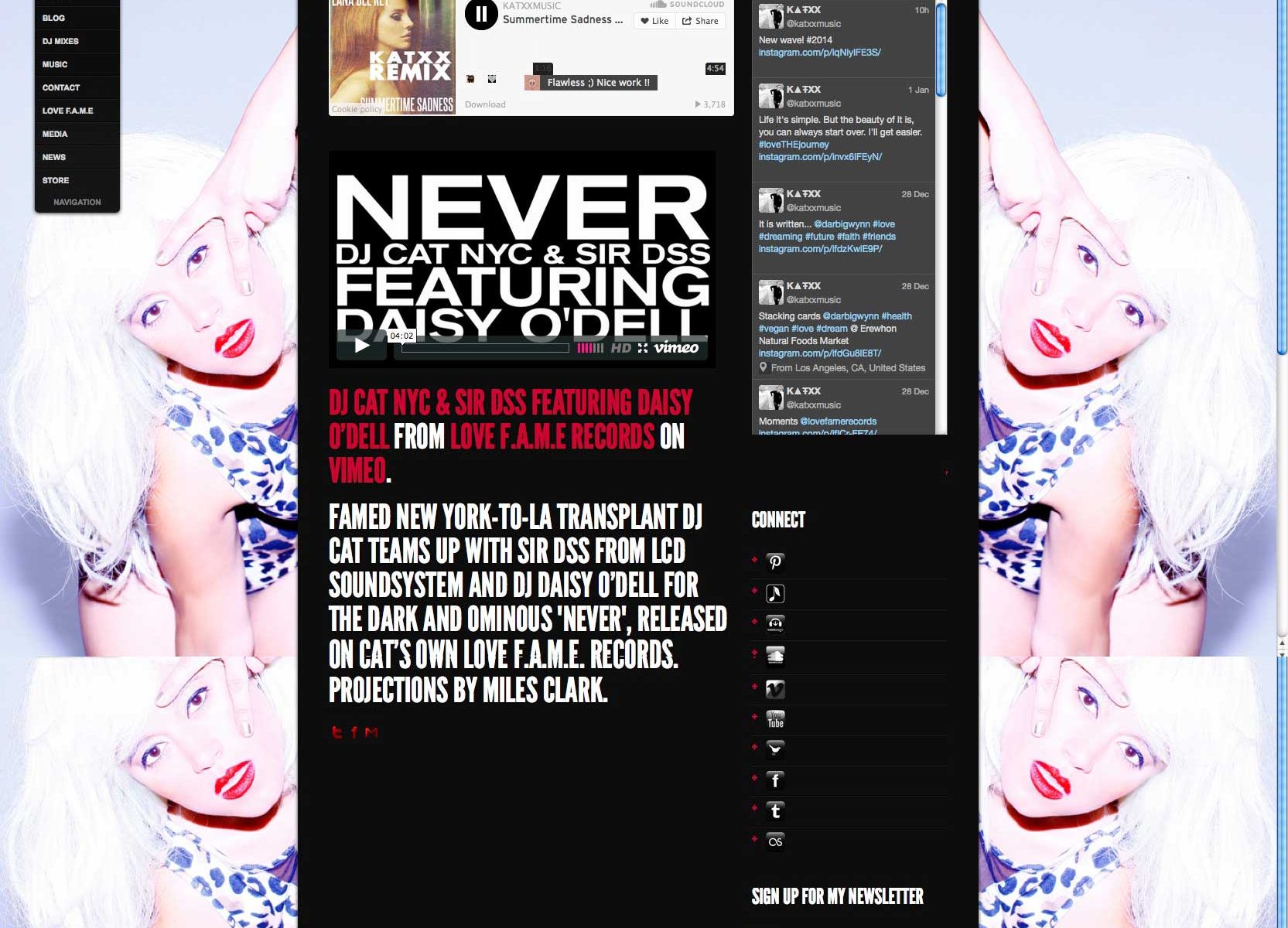 Catherine Wentworth is a professional DJ who works extensively in the fashion industry and in night clubs throughout the country. I implemented two different versions of her site; the first was an update and theme transition due to some broken features, to accompany her feature in Playboy’s music issue, and a later, more extensive site overhaul was implemented using a commercial theme called “Sideways” (because it’s blog scrolled horizontally instead of vertically) to   integrate her broad social media presences, integrate with online sales, media downloads of both music and video, and provide a gallery of photos and press coverage.

Navigation:
The broad scope of this site offered a number of challenges for navigational clarity, graphical branding consistency, and social media integration. The client chose a commercial theme whose developer did not respond to our support inquiries regarding gallery features that had been rolled into WordPress after the theme’s release. During development, navigation was streamlined and organized as simply as possible. Extensive plugin testing was required to facilitate unusually broad social media integration needs; most social media plugins don’t include options for music sites and are not extensible. Consequently, simple outbound links were added to visit external sites and plugins were used for sharing posts on primary sites such as Twitter and Facebook. The blog section of the theme features an unusual horizontal scrolling layout, however certain types of posts wouldn’t display correctly. Testing was done to determine the limitations of image display within this layout, and the client was advised to prepare images accordingly. I aimed for typographical clarity and consistency throughout the core of the site, however, the nightclub typographic aesthetic prevails as the media images and blog posts are added. The site includes an event calendar. Training for the features of the template was provided to the client.